Audioshake
Website: https://www.audioshake.ai/
Audioshake can take any song--even if it was never multi-tracked--and break it into its stems. 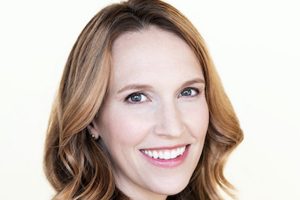 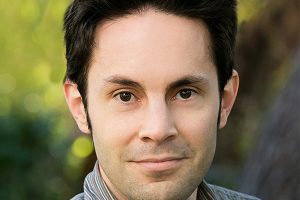 The Wallifornia Music & Innovation Summit took place earlier this month in Belgium, and it included a pitch contest for startups. Artfuse, Brots, Hawkr Live, Kloov, Moonai, Mubert, Music Traveler, Our Man in the Field, Pianity, Ringo and SyncVault all took part, but the winner was AudioShake. That’s the US startup that has developed technology for separating music tracks out into stems when the original versions are not available. It’s part of a run of such wins for AudioShake, which prevailed in a ‘Demixing Challenge’ run last year by Sony. After Wallifornia, CEO Jessica Powell told Music Ally that her company’s AudioShake Live enterprise service has now signed up customers from all three major labels, as well as publishers (Hipgnosis, Primary Wave, Downtown, Spirit, Concord, and Reservoir); distributors (CD Baby); and production music libraries (Warner Chappell Production Music and Audiosocket). Music Ally

Jessica Powell, CEO of Audioshake, is telling Music Ally the origin story of her startup and its AI-powered tool for separating music recordings into their component stems. Music Ally

Magnetic Magazine chats with the CEO and co-founder of AI stem splicing company AudioShake Jessica Powell about its goals, where the company came from and more. Magnetic Magazine

The independent artist Houston Kendrick builds intricate, genre-bending worlds that blend rap, R&B, and pop with rich lyrics and visuals. A popular artist on Spotify, with over 2.5 million streams, Houston is always interested in finding new, deeper ways to connect with his fans beyond a social media post. When he heard about Audioshake’s ability to separate songs into their stems, it sparked an idea: What if an artist could run a remix contest powered by AI stems? Audioshake

A couple decades ago, the music industry was fighting emerging technology and tamping down on pirated content to protect its profits. Today, if an artist isn’t on a major streaming platform, they’re losing out on money. Audioshake wants to empower artists in the 21st century to go even further. Bay Area Inno

Audioshake has announced the completion of a $2 million seed funding round. Audioshake’s on-demand A.I.-driven platform deconstructs songs into their parts (“stems”) so that they can be monetized for new uses in re-mixes, samples, sync licensing, and more. Hypebot

Five ways to separate acapellas and stems in 2021

Audioshake gets featured in DJ Mag as part of their rundown of sound separation tools. DJ Mag

This summer, Sony launched the first-ever “Demixing challenge.” In this global contest, participants from around the world — including research institutes, private companies, and hobbyist coders — submitted their AI models to run against the same test set so that their results could be compared by SDR score.

Audioshake scored nearly a half decibel higher than the second-place winner, a researcher from Facebook. In third place was a research team from Korea University. TikTok parent company, Byte Dance, was also in the top ten. Particularly notable was Audioshake’s vocal stem, which was a full decibel higher than any other competing team. Audioshake

Learn why the founders of Audioshake launched earlier this year!Medium