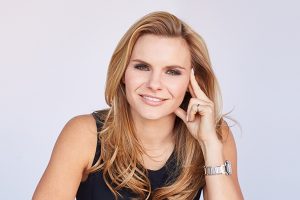 How Michele Romanow is equalizing access to funding with Clearco — a global leader in the venture capital industry.

For 15 years, Michele Romanow has disrupted industries with her innovative business ideas. At 28, the serial entrepreneur became the youngest Dragon on Dragons’ Den. By 35, she had been named to Fortune’s 40 Under 40 list, and had six business launches under her belt. Her latest venture, Clearco (formerly Clearbanc), has been shaking up the venture capital industry with its revenue sharing model since 2015. The tech unicorn is the world’s largest e-commerce investor, with a valuation over $2.5 billion. Women of Influence

Clearco and Stronghold made Forbes’ list of Fintech 50 2022: The Newcomers. TechCrunch

This week the Indiegogo Creators Fund has been announced by Clearco formerly Clearbanc, the world’s largest e-commerce investor with over £1.4B invested in over 6,500 businesses worldwide and crowdfunding platform Indiegogo. The $10 Million Indiegogo Creators Fund has been created by the companies to accelerate growth of crowdfunding campaigns. Geeky Gadgets

Andrew D’Souza and Michele Romanow were listed on Toronto Life’s most influential Torontonians of 2021! Toronto Life

Revenue-based financing is gaining traction in the beauty industry. Founders are trading equity stakes for revenue share, as companies such as Clearco rethink traditional investment models. Clearco, which raised $215 million from SoftBank over the summer, invests in beauty e-commerce businesses in exchange for a fee and a percentage of revenue. The company has already seen success, investing $2.5 billion in more than 5,500 start-ups worldwide since it was founded in 2015. WWD

Clearco has officially expanded to Australia, its fourth international market to date, as the Toronto-based startup sets its sights on the Asia-Pacific region. As part of its expansion, the FinTech firm has promised to invest up to $100 million AUD ($92 million CAD) in e-commerce, mobile app, and SaaS businesses in Australia. To lead these efforts, Clearco has hired former Google director and Limepay co-founder Dan Peters as managing director of its Australian operations. BetaKit

Clearco gets the SoftBank stamp of approval in new $215M round

Toronto-based Clearco, a fintech capital provider for online companies, has raised $215 million in a round led by SoftBank Vision Fund II. The financing event closed just weeks after Clearco completed its most recent financing, a $100 million round that quintupled its valuation to $2 billion.TechCrunch

Dragons’ Den star Michele Romanow and her partner Andrew D’Souza have secured another US$50-million to grow their latest startup, Clearbanc, just weeks after announcing they had raised US$70-million to bankroll the financing provider for e-commerce firms. The Globe and Mail.