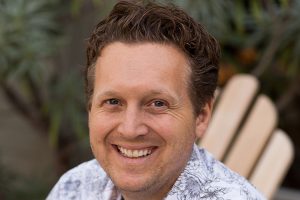 Elroy Air’s Chaparral is an autonomous, hybrid electric vertical take off and landing drone designed to pick up a pod loaded with 300-500 pounds of cargo, fly it to a destination as far as 300 miles then drop it off, ready to pick up another load. Forbes

Elroy Air has raised a $40 million Series A, including financing from Lockheed Martin’s venture capital arm, to ramp up the build, testing and validation of its inaugural autonomous cargo drone.

The funding round saw participation from Marlinspike Capital and Prosperity7, as well as existing investors Catapult Ventures, DiamondStream Partners, Side X Side Management, Shield Capital Partners and Precursor Ventures. This latest round brings Elroy’s total raised to $48 million to date.TechCrunch

Elroy Air is developing the world’s first autonomous drone capable of delivering up to 500 pounds of cargo over a 300-mile range.Freethink

Massive robot-powered drones may solve everything wrong with package delivery