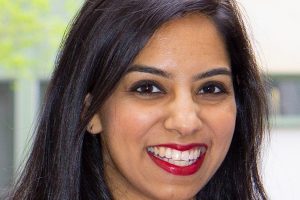 Engineer saw how diapers were made, thought she could do better—now she has a $250,000 ‘Shark Tank’ deal. CNBC

Inside the quest to redesign the diaper

The global diaper industry has long been dominated by Huggies and Pampers, but now a flock of startups are shaking things up—and making their diapers way more sustainable. Fast Company

Environmentally conscious parents have long been concerned about disposable diapers, which can take hundreds of years to decompose in landfills. The chemicals and plastic they’re made with can irritate skin as well. Now, a Boston startup aims to upend the disposable diaper industry by solving both dilemmas. The Boston Globe

Kudos are the first and only disposable diapers to have earned the cotton natural seal from Cotton Inc. for having 100% clean cotton touching baby’s bum all day instead of plastic. Founder Amrita Saigal spent 2.5 years developing this diaper free of harmful ingredients and made with 4x more plant-based materials than the leading disposable diaper. Before Kudos, Amrita designed an elegantly sustainable sanitary pad for thousands of women in India. Sheen Magazine

Kudos, with its cotton-based, eco-friendly diaper, soaks up $2.4 million in seed funding