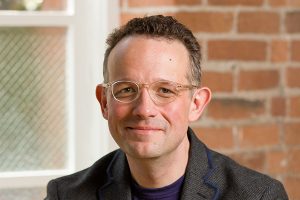 Phil Libin has already launched and sold several startups. His latest venture is mmhmm where he is working with his team to take virtual meetings to another level. On the Dealmakers Show Libin shared his journey of creating things, selling his first company for $26M, fundraising, and bringing efficiency to making new products. Plus, his insight on the main thing to unlocking team productivity, remote work, and the future of work. Alejandro Cremades Blog

Why should we all be rectangles on a screen? Mmhmm has ideas about how things could be better — and more fun. The Verge

‘I was shocked by what I used to put up with.’ Why this CEO left San Francisco after 15 years for Bentonville, Arkansas, where the median home costs just about $400K

Life as a CEO in San Francisco became increasingly stressful for Phil Libin, founder of the app mmhmm and former CEO and executive chairman of software company Evernote. After 15 years of city living, Libin decided it was time to wait out COVID-19 somewhere peaceful. So he packed his bags, told all of his employees they could work virtually forever and headed east to Bentonville, Arkansas — a place he’d passed through once or twice before, that’s known for its artsy vibe, beautiful outdoors and as the headquarters of Walmart. MarketWatch

A CEO’s key to success: Ban as many meetings as possible

Forget about four-day workweeks. It’s all about “zero meeting days.” At least according to Phil Libin, the former CEO of Evernote, current chief of mmhmm, a software and video communications company, and the cofounder and CEO of AllTurtles, a company that builds A.I. products. Fortune

Here’s why Libin, who’s also the co-founder and CEO of All Turtles and Mmhmm, is all in on distributed work–and how you can be, too. Inc.

The Design Legacy of Covid? It’s All Around You.

Phil Libin, a creator of the Evernote app and a founder of the product studio All Turtles, was among those who just wanted things to get back to the way they were. “I was an in-person kind of person,” he says. “I was a big proponent of fancy, nice offices.” In fact, what he didn’t like was video meetings. “I didn’t realize that the office was a central problem,” he continues. “Now I think it’s literally one of the dumbest ideas.” Eventually, Libin shut down All Turtles’ physical offices and moved from San Francisco to northwest Arkansas. He and a few colleagues developed software designed to improve video presentations and calls, eventually building a whole new start-up called Mmhmm around it. The New York Times

Work from home is going to change how you get promoted, and why

Another company that has overhauled its performance reviews is mmhmm, a startup that provides video presentation tools for virtual meetings. During the pandemic, when the company got rid of its offices and went fully remote, it not only changed its compensation system, as I reported in August, it also overhauled its approach to evaluating employees. “Before, we were kind of flippant about it,” CEO Phil Libin told me. “We were relying too much on what we thought we knew about the in-person stuff. Whereas now, we can’t. So we really do have to be more about: OK, what are the objectives? That made it more actionable.” Business Insider

Mmhmm and Carrot Fertility were featured on Otta’s 2021 US Rocket List! Otta

In an effort to empower people to work out of the office (OOO), which is a way cooler term compared to using “distributed workforce,” mmhmm CEO Phil Libin and his brilliant team have created video platforms that make the experience of interacting with co-workers in a distributed setting fun and entertaining. Rather than a dull video call, it’s lighthearted and makes you feel comfortable, and actually want to see and interact with your colleagues. Forbes

Mmhmm raises $100M, which is a fun thing to say to people who don’t follow tech

If you’re a frequent TechCrunch reader, you probably already know about mmhmm, the startup with the name you likely either love or hate. It’s Phil Libin’s second act after Evernote, and it’s a startup born of the pandemic maybe more so than any other, providing improved video chat tools, including automatic background removal and advanced presentation features. The company, which is just over a year old, has now raised a total of around $140 million thanks to a fresh injection of $100 million first reported by Bloomberg on Tuesday, which is somewhat astounding if you remember using the first early beta versions like me.TechCrunch