Superhuman
Website: https://superhuman.com/
Superhuman is rebuilding the e-mail inbox from the ground up. 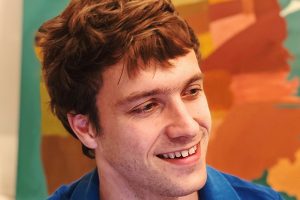 50 Best Small Companies to Work for in San Francisco 2022

PicnicHealth, Superhuman, Noyo and Intellimize were honored in Built In’s 2022 Best Small Companies to Work for in San Francisco awards. Built In

Superhuman has raised $75M in new financing! The round was led by IVP, with participation from Tiger Global and strategic investors including Drew Houston (CEO of Dropbox), Timothy Young (President of Dropbox), Jason Citron (CEO of Discord), Henrique Dubugras (co-CEO of Brex), Arianna Huffington (CEO of Thrive), Ashton Kutcher, Will Smith, and the Chainsmokers. Superhuman

Superhuman is What Gmail Would Be if Built Today

Superhuman’s underlying technology is designed to speed up everything about using email. TechCrunch.